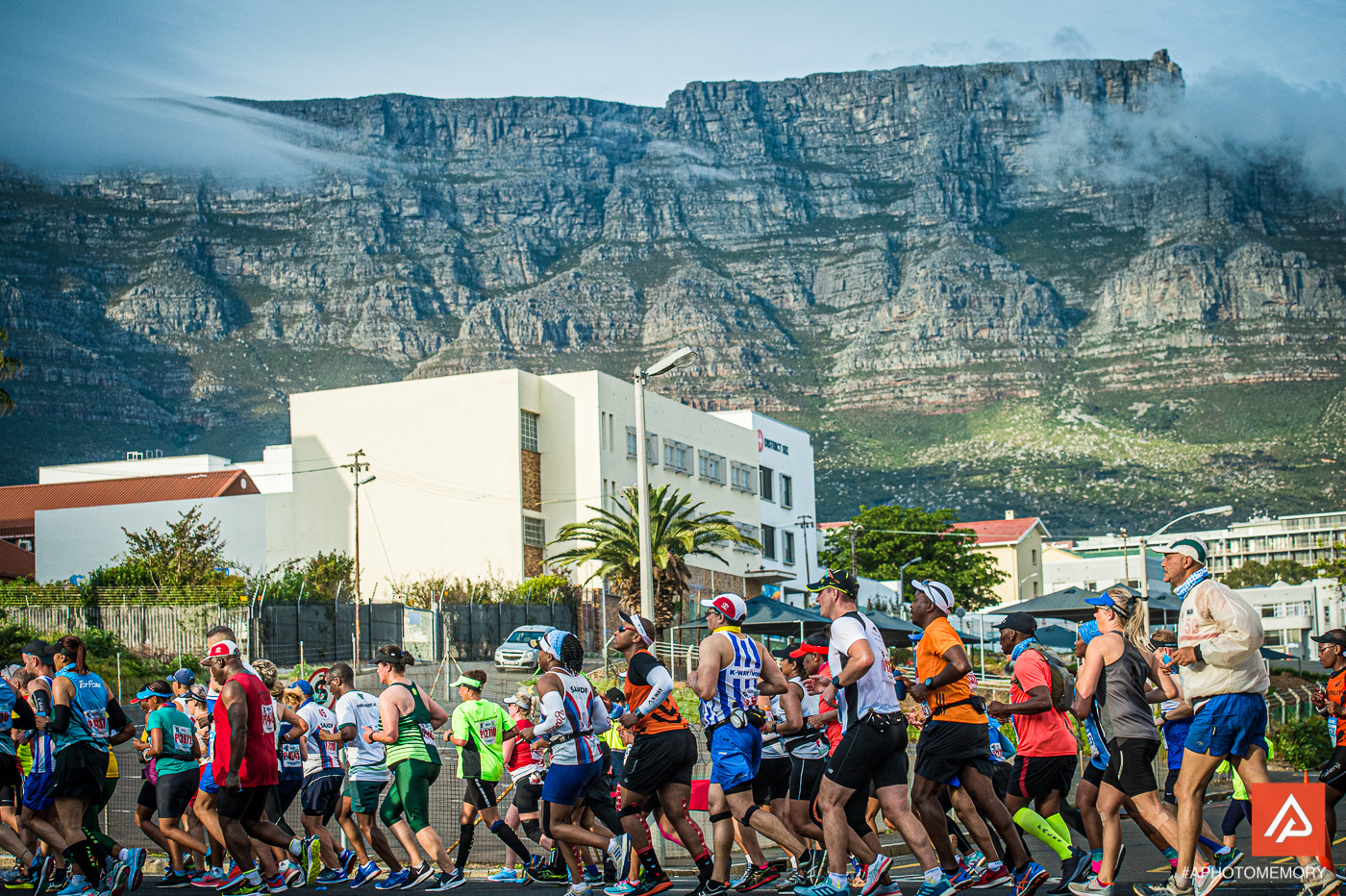 The Sanlam Cape Town Marathon has officially been confirmed as an Abbott World Marathon Majors (AbbottWMM) candidate race – the first marathon in Africa to be nominated.

“It acknowledges the Sanlam Cape Town Marathon as a global event that has consistently delivered a top-quality world-class race, and one that continuously innovates and creates world-first initiatives like the immersive audio experience during the 2020 virtual race.

“Becoming an Abbott World Marathon Major would be like hosting a world championship event every single year, and achieving this status would be a tremendous boost for the city, country and continent. Africa is home to the best marathon runners in the world and we hope they will get the opportunity to run an Abbott World Marathon Major on home turf in the coming years.”

Headline sponsor Sanlam is celebrating its eighth sponsorship year and is equally thrilled at the prospect of the event becoming a jewel in the AbbottWMM crown.

Sydney Mbhele, Chief Executive of Sanlam Brand, says: “This is our eighth year as headline sponsor of the Sanlam Cape Town Marathon and we have always believed deeply in the vision for this race – to become Africa’s first Abbott World Marathon Major. Africa is our home, this is our race and we are absolutely committed to investing in the potential of this wonderful continent. Our purpose is to help people across Africa live with confidence and this race is the perfect way to foster the growth of Africa’s economy, and to showcase our people’s unparalleled potential.  Creating a lasting legacy for generations to come is a vision and dream we share with all our partners.

“And now we are celebrating coming to a step closer. The collective confidence that the continent will garner from hosting an event of this stature will deliver value in many ways, enabling us to benefit economically and socially from a world-class event. We extend our sincerest congratulations to all of our partners who have worked tirelessly to elevate the event to this level. We have no doubt that in just three short years, we will tick all the boxes and have the honour of hosting the continent’s first major on home soil.”

The announcement marks the commencement of a multi-year evaluation process conducted by AbbottWMM.

In order to become a Major, the Sanlam Cape Town Marathon will be required to meet certain criteria for three years and if successful, will join an elite group of races – Tokyo Marathon, Boston Marathon, Virgin Money London Marathon, BMW-BERLIN Marathon, Bank of America Chicago Marathon and TCS New York City Marathon – as a new member of the prestigious Abbott World Marathon Majors in 2025.

Cape Town Executive Mayor Dan Plato said that this candidacy means a lot for Cape Town, South Africa and Africa, and will further solidify the Mother City’s reputation as a sports capital. “We are proud to be the host of SA and Africa’s first Abbott World Marathon Majors Candidate and wholeheartedly support the Sanlam Cape Town Marathon in the coming years.

“We know that these evaluation years will already offer a tremendous economic boost for Cape Town and its residents, and expect an annual influx of approximately 10,000 international athletes and their supporters in the coming years – especially once the Sanlam Cape Town Marathon earns Abbott World Marathon Major status. We can’t wait to welcome more recreational and elite marathoners to Cape Town; it’s time to show the world how we run a marathon to the African beat.”

Pienaar noted that the Sanlam Cape Town Marathon already meets many of the requirements set by the Abbott World Marathon Majors, and that continued enhancements will be made to the race. This also includes a new strategic partnership with Infront, the media and marketing specialists who will join the event on this exciting journey,” noted Pienaar. “We are pulling out all the stops to achieve these goals, and are excited to receive the support from our runners, spectators, sponsors and the City to make this dream a reality.”

Hans-Peter Zurbruegg, Senior Vice President Personal & Corporate Fitness at Infront, said: “We are happy to become a shareholder of the Sanlam Cape Town Marathon and we fully buy into the ambition to reach AbbottWMM status by 2025. This is exciting news for the city of Cape Town, South Africa and Africa. Our direct involvement forms part of our growing ambition to further enter the African market and will both strengthen our relationship with the AbbottWMM as well as support future business opportunities.”

Added James Moloi, President of Athletics South Africa: “This is an important step in the history of road-running in the country and Africa as a whole. It will be a significant recognition which would elevate the race to another prestigious level.”

Tim Hadzima, Executive Director, Abbott World Marathon Majors said, “The Abbott World Marathon Majors are delighted to welcome the Sanlam Cape Town Marathon into the candidate process from 2022. This presents an exciting opportunity to expand our impact into Africa and further our mission to create, grow and support opportunities for all to discover the power of the marathon community. We look forward to working closely with the team in Cape Town as we start this journey together!”

It was also announced that adidas South Africa will be partnering with the Cape Town Marathon from 2022 and looks forward to supporting the race during its candidacy period as it strives to become the first World Marathon Major on the African continent.

Commenting on behalf of adidas South Africa, General Manager Roddy van Breda said, “adidas has a long and proud history in running. We’re the current sponsors of two Abbott World Marathon Majors, namely the Boston Marathon and BMW Berlin Marathon, and we pride ourselves in bringing the most innovative running products to the market such as the latest iteration of our world record-breaking shoe, the adizero adios pro 2. We look forward to working with the Cape Town Marathon team to attract elite runners from around the world to take part in this uniquely African race.”

The Sanlam Cape Town Marathon has been growing in popularity for the better part of the last decade, with its route offering spectacular ocean scenery and mountain views while passing many of the City’s great attractions from its famous street art to its iconic historical features – including City Hall, where Nelson Mandela delivered his first public speech as a free man in 1990.

The Sanlam Cape Town Marathon was awarded the prestigious World Athletics Gold Label Status for the fourth consecutive year in 2020 – the only marathon on the African continent and one of only a select group of marathons in the world to have this status.

In addition to the Sanlam Cape Town Marathon, China’s Chengdu Marathon is also currently an AbbottWMM candidate race. The Singapore Marathon recently dropped out of the process.

The 2021 Sanlam Cape Town Marathon is scheduled to take place on 17 October 2021. Entries are open at www.capetownmarathon.com.

Encompassing an annual series for elite runners and elite wheelchair athletes, AbbottWMM also applauds the achievements and passion of everyday champions from around the world. The AbbottWMM Six Star System is an online results hub that celebrates every runner who has completed from one to six of the races in the series and encourages them to ‘Reach for the Stars’.

The AbbottWMM Global Run Club launched in August 2020 and aims to bring together the global community of marathon runners on a virtual platform. It kicked off with a series of autumn challenges to run alongside the virtual offerings of the Majors and held its first Global Marathon in May 2021.

Chaeli’s Journey to the Start

Your Technical Marathon Race T-shirt, brought to you by adidas

Some big changes are on the way.