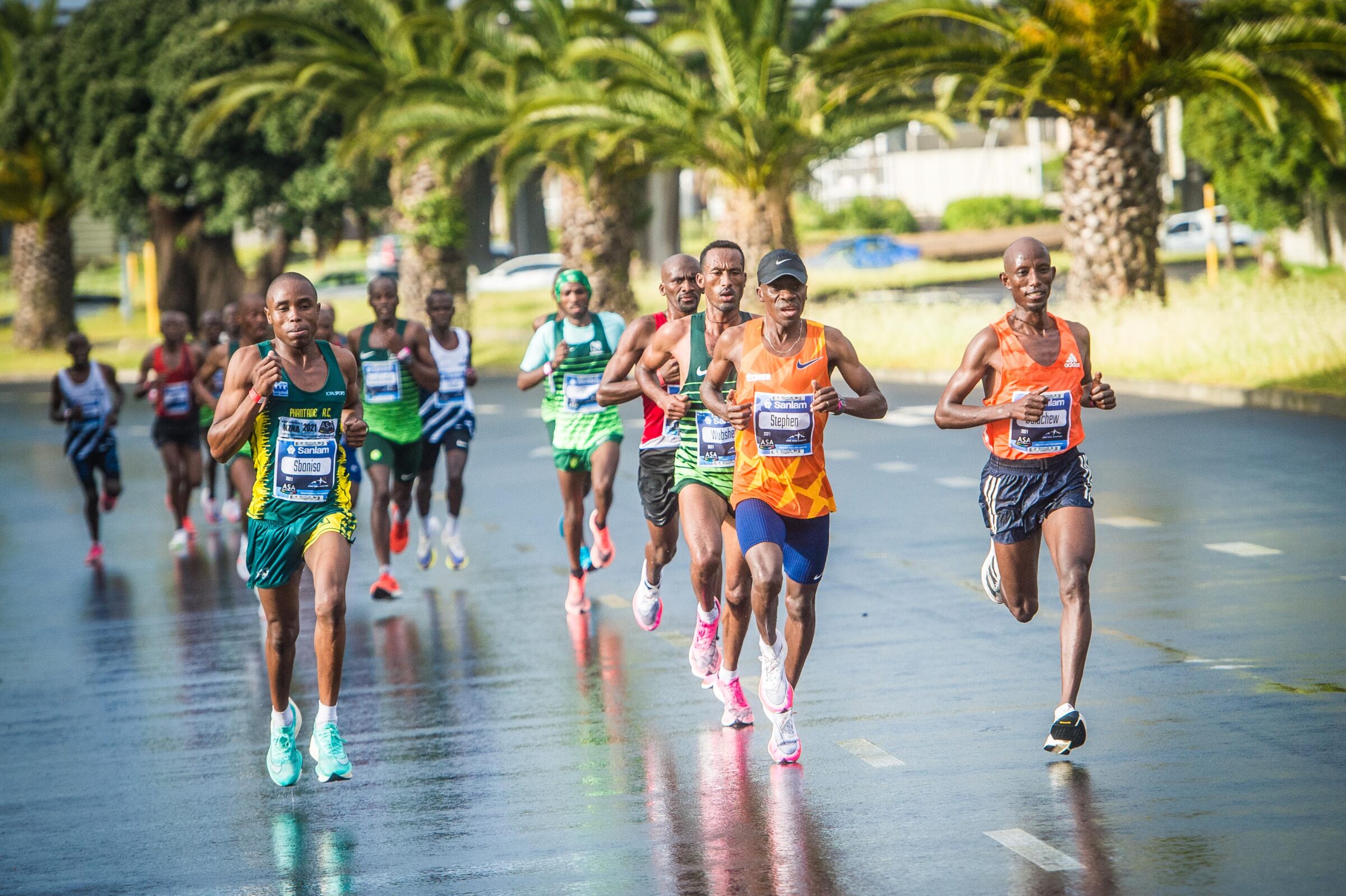 Mokoka boasts an impressive running CV: In addition to being the reigning South African 10km and Half Marathon record holder, he broke the 50km world record earlier this year. He won the Sanlam Cape Town Marathon in 2018 – when he set a new event record of 2:08.31 – and in 2021, and is determined to take a third win.

Ethiopian Gebru Redahgne who finished the Sanlam Cape Town Marathon in second place in 2021 will also return to the Mother City to lead the challenge. Meanwhile, South African Sibusiso Nzima is poised to make a big comeback after a period plagued by injury. He has been working with a new coach since 2020 and is excited to see his training pay off in October.

In the women’s field Jenet Mbhele is also hungry for a win in her Sanlam Cape Town Marathon debut, but faces serious competition from Stella Marais who is in top form after winning the Peninsula Marathon earlier this year. Ethiopian Mereset Dinke will also pose a challenge, after setting her marathon PB in 2:25.12 at the Valencia Marathon in Spain in December 2021 and winning the Geneva Marathon in May this year.

As the Sanlam Cape Town Marathon enters its first evaluation year as an Abbott World Marathon Majors Candidate, the Wheelchair Division will make its debut on 16 October.

After an illustrious international career, Paralympian and 10-time Boston Marathon winner Ernst van Dyk will finally have the opportunity to race in front of a home crowd in Cape Town. Van Dyk, together with fellow South African wheelchair racer Gerrit Hendricks, will be joined by an international contingent that includes fellow Paralympians Aaron Pike from the USA and Rafa Botello from Spain.

Pike, who finished second in the 2022 Boston Marathon, will make his way to Cape Town fresh off the back of racing TCS London Marathon and Chicago Marathon where he hopes to be in the hunt for a win.

In the women’s race, a small but formidable field will set the scene for an epic battle: Mauritian Noemi Alphonse hopes to continue her stellar run, having recently come third in the Grandma’s Marathon in the US – and setting a new African record – in 1:35.14. She will be joined by, among others, Commonwealth Games silver medalist Eden Rainbow-Cooper, and Paralympian Shelly Woods (UK).

Race weekend will also see the thrilling edition of the Vertical Challenge,with 30 elite trail athletes competing in a vertical kilometre race from St Cyprian’s School in Vredehoek to the Table Mountain Aerial Cableway via Platteklip Gorge.

Meanwhile, it has been confirmed that SA marathon darling Gerda Steyn will run the 10km Peace Run.

The 2022 Sanlam Cape Town Marathon marks the event’s first year as an Abbott World Marathon Majors Candidate. To stand the chance of joining an illustrious list of top marathons in 2025, race organisers must meet a series of stringent requirements. As a result, a number of adjustments have been made to the race:

Sydney Mbhele, Sanlam’s chief executive for Brand says, “This year is our ninth year as headline sponsor of the Sanlam Cape Town Marathon. The journey and growth of the event have had over the past years has been nothing short of phenomenal! As Africa’s largest non-banking financial services company, partnering with Africa’s one and only Gold Label Status marathon and Abbott World Marathon Major Candidate event makes sense.

“Our theme for this year’s marathon is ‘African Champions Unite.’ We are privileged to have champions from across the continent competing.  African runners have a history of taking top titles around the world. 26 of the last 29 men’s winners of the Boston Marathon have been Kenyan or Ethiopian. East African women have taken the title 21 times in the last 24 years.  It makes total sense that we create an Abbott World Marathon Majors event on our home soil. We want these world class athletes to achieve their personal best with their home crowd watching.

We wish everyone participating in this year’s marathon the very best of luck with their final preparations.”

The  Sanlam Cape Town Marathon’s Race Week will start with the opening of the event’s Expo and Registration at DHL Stadium in Green Point on 13 October. The 5km and 10km Peace Runs will both take place on Saturday, 15 October, joining the 22km Trail Run and 46km Trail Marathon for an action-packed day. Race Week will culminate with the marathon on 16 October.

Chaeli’s Journey to the Start

Your Technical Marathon Race T-shirt, brought to you by adidas

Some big changes are on the way.